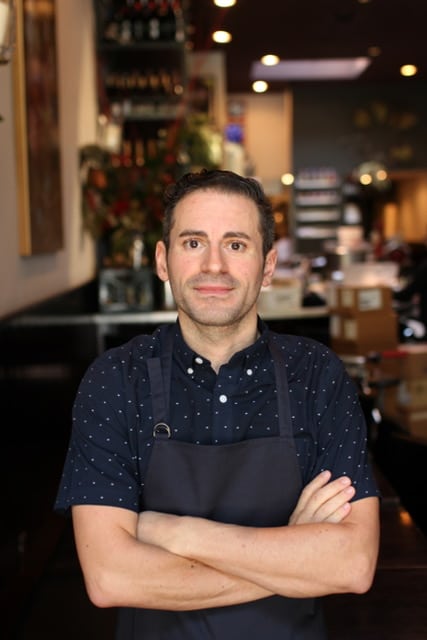 Matthew Accarrino is the nationally recognized executive chef of SPQR in San Francisco. Born in the Midwest and raised on the East Coast, he moved west to California in 2007. He had originally hoped to become a professional cyclist until a leg injury turned his passion for cooking into a career. Today, he is doing both. Matthew’s unique culinary style draws inspiration from his Italian heritage, personal experience, and classical training with some of America’s best chefs. In the kitchen Matthew, takes full advantage of the bounty of opportunities California ingredients present. This includes a strong belief in direct sourcing, producing, and at times playing a role in the creation of his ingredients. The result is an intensely personal cuisine that is both technically polished and soulful; and which has garnered praise from publications such as Food & Wine, Bon Appetit, Saveur, Wall Street Journal, New York Times, San Francisco Chronicle, 7×7 and SF Magazine. Under his direction, the restaurant has been awarded a Michelin star for five consecutive years Matthew was named a Star Chefs “2010 Rising Star” for his “innovative vision, finesse, and deeply satisfying cuisine,” and in 2011 he took top honors at San Francisco’s Cochon 555 competition. He has been nominated five consecutive times for the prestigious James Beard Foundation Award for “Best Chef: West.” Food & Wine Magazine named him “People’s Best Chef California” in 2013, and editorially selected him for the prestigious “Best New Chef” award in 2014. Matthew co-authored and released his first book, published by Ten Speed Press – SPQR: Modern Italian Food and Wine – in October 2012. In addition to successfully racing at the local and national level, Matthew is also the team chef for an elite cycling team in the Bay Area and a professional team based in Greenville, S.C.

Everything There Is To Know About White Truffle