History of the truffle

The truffle, a precious underground fungus, has ancient origins if you think that some scholars believe that this rare product of the earth was already known and consumed at the time of the Sumerians (mixed with vegetables and legumes) and Babylonians (IV -II millennium BC).

TRUFFLE IN THE ANCIENT WORLD

The first testimony in Europe can be found in the Naturalis Historia by Pliny the Elder (23-79 AD). The anecdotes reveal that the truffle, in Latin called terrae tuber (outgrowth of the earth) or, simply, tuber, was much appreciated at the table by the ancient Romans, who copied its culinary use from ancient Etruscans.

The Greeks used truffle in the kitchen, as demonstrated by the philosopher Plutarch of Chaeronea who stated, in the I century AD, that the rare and precious fungus was born from a combination of natural elements such as water, heat and lightning. This theory inspired the poet Juvenal, according to whom truffles originated from a thunderbolt hurled to earth by an oak tree by the father of the gods, Jupiter. In addition to this legend, since Jupiter was known for his prodigious sexual activity, truffles were considered highly aphrodisiac. Due to this power, another legend says that truffle was dedicated to the goddess Venus by Pagans. Despite the valuable fungus being treated by scholars, philosophers and poets in their writings, the origin of the truffle was never established. That's why little knowledge, combined with popular beliefs, made it a common tale that truffle was a corrupt outgrowth of the soil, and food of the devil and witches.

We lose track of truffles in the Middle Ages until the Renaissance, when we find them at the table of the noble Caterina de' Medici and Lucrezia Borgia, and at the most prestigious banquets all over Europe. The first treaty dedicated entirely to truffles, "Opusculus de tuberis", was written in 1564 by the Umbrian doctor Alfonso Ciccarelli. In the same century, Andrea Cesalpino lists truffles among mushrooms for the first time. In Europe at this period, truffle was also called "garlic of the riches", for its smell, slightly similar to the plant. In Piedmont, in the 1600s, it was widely used to imitate consumption of France. Unlike the trans- Alpine state, where black truffles were found, Piedmont region had white ones. A century later, the white truffle of Piedmont was considered one of the most valuable truffles by all the courts of Europe. In fact, truffle hunting was considered a Palace entertainment to which guests and foreign ambassadors were invited. 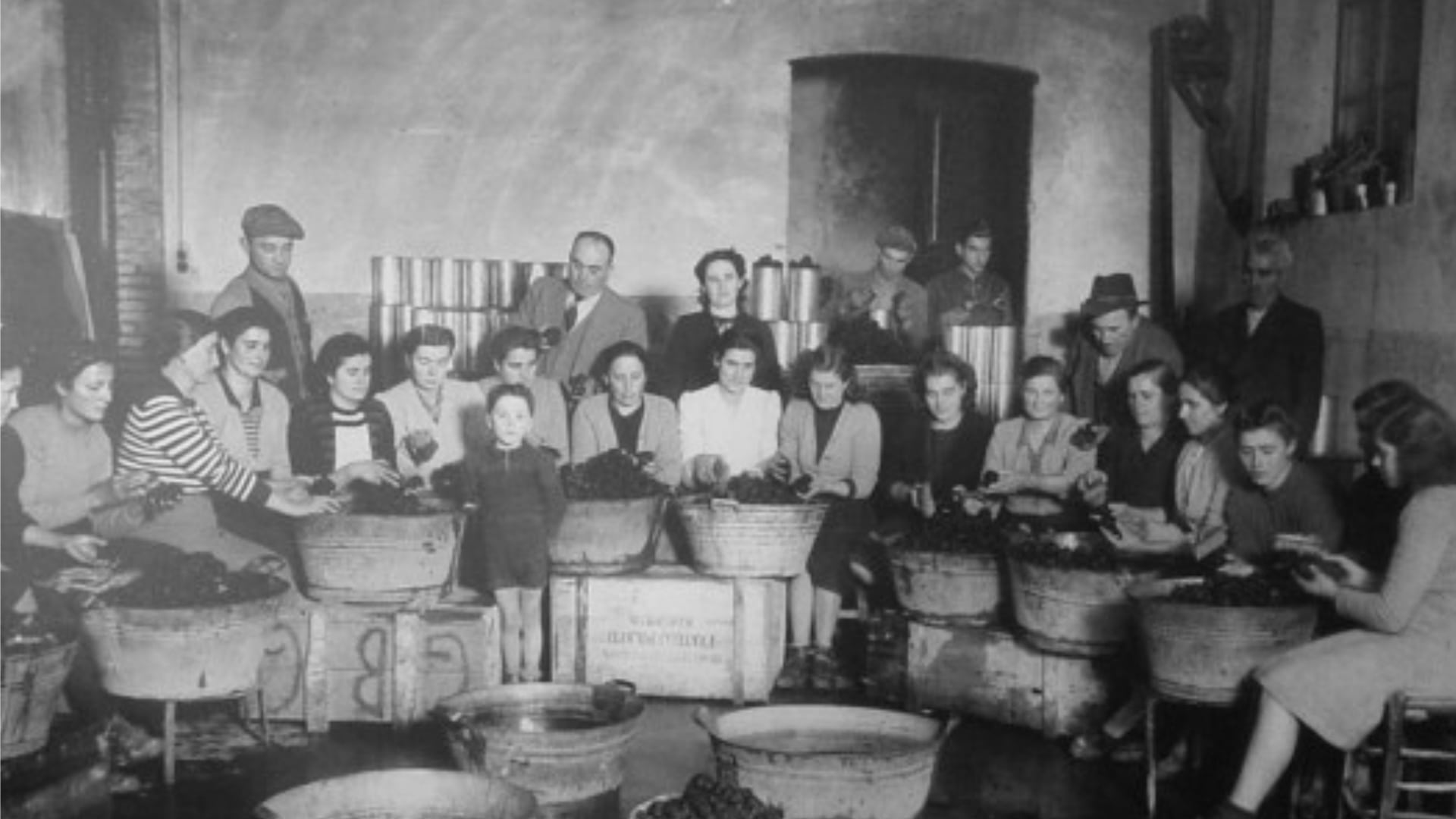 Washing truffle in the old Urbani's factory in Scheggino

UNTIL THE BEGINNING OF THE '900s

In the '700s, Count de Borch publishes a monograph on truffles called "Lettres sur les truffes du Piemont", while in 1788 Vittorio Pico describes white truffles calling them by the name of Tuber Magnatum. It is however only in 1831 that the precious underground fungus obtained the first scientific description, thanks to "Monographia Tuberacearum" written by Carlo Vittadini. In this book, the Italian botanist and mycologist describes many varieties of truffle, and many still bear his name (Tuber melanosporum Vittad, Tuber aestivum Vittad, Tuber Brumale Vittad etc...). Idnologia (from the greek Hydnon), the science that studies truffles, was born with the publication of this book.

After that, the next historic date is 1929, with one of the key personalities in the world of truffles: Giacomo Morra. The well-known restaurateur and hotelier of Alba had the brilliant idea to make white truffle (called by him "Truffle of Alba”) an object of worship internationally, creating an event around the precious mushroom to attract both tourists and gourmets. Besides that, he also had the idea of sending every year a precious truffle to a famous person such as the US President Harry Truman in 1951, British Prime Minister Winston Churchill in 1953, sportsman Joe DiMaggio and American actress Marylyn Monroe in 1954 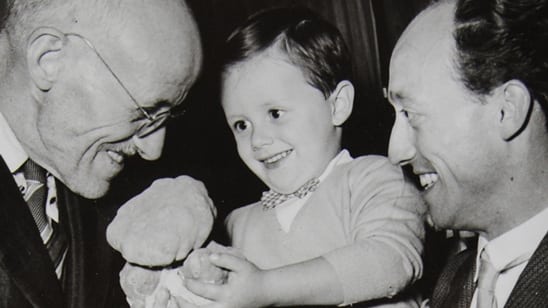 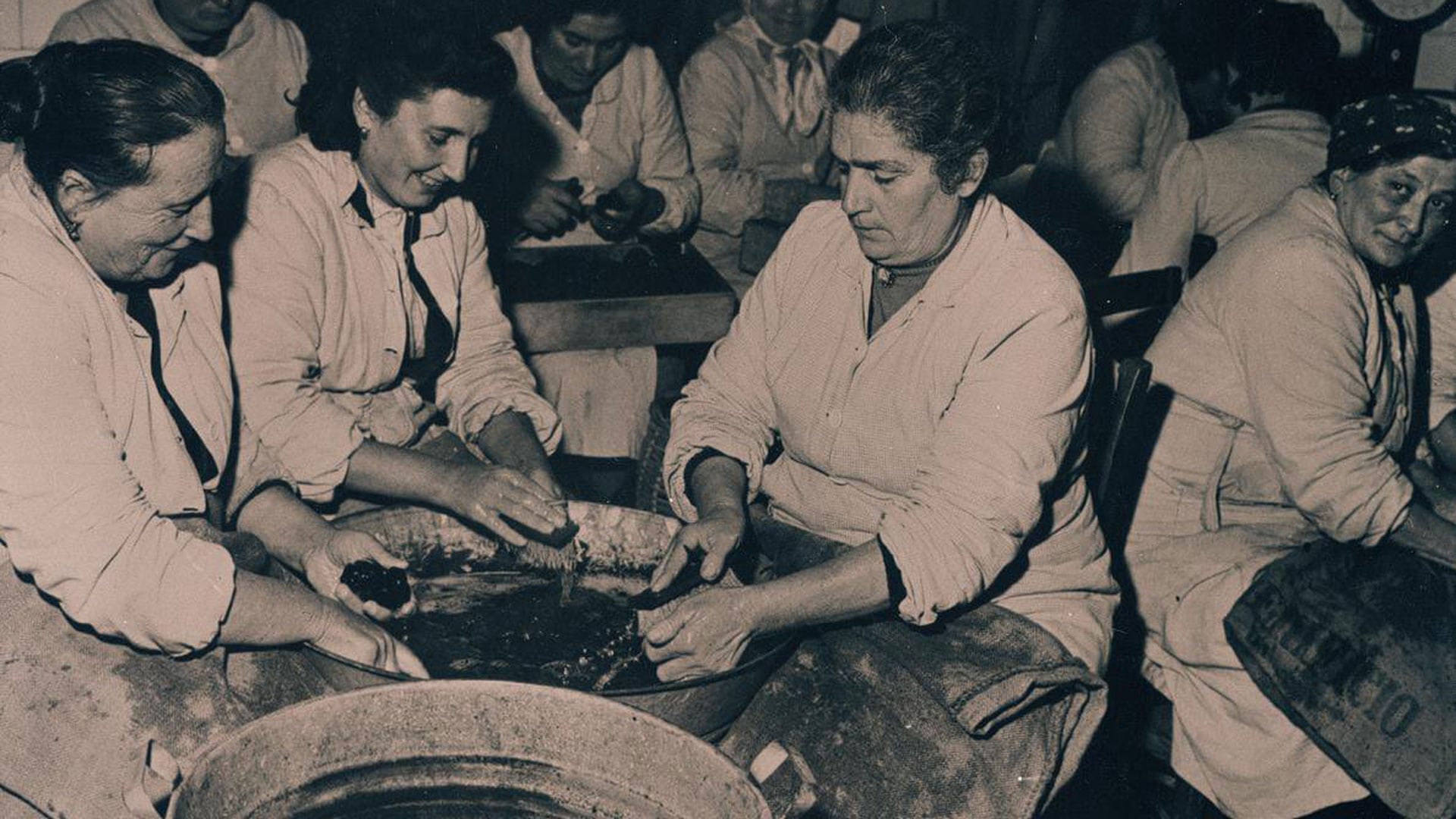 Manual washing of truffles in the old Urbani's factory