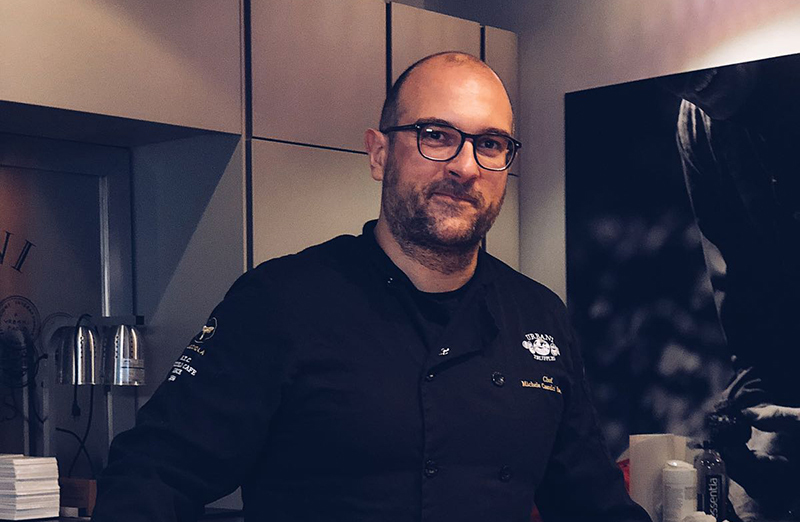 Born in Riccione and raised in Bologna, Michele is an eclectic Italian Executive Chef & Entrepreneur. Operating in New York City since 2008, founder of 4 Piccolo Cafe and the newborn “Lucciola” Executive Chef of the BiograFilm Food Academy based in Bologna , Advisor & Partner of Iwonder Pictures, distribution and film production venture, based in Bologna as well. Occasional radio speaker on different national and international broadcasters, conceptual photographer, Tshirt designer and executive producer of music and books. Always unstoppable in expressing himself, his creativity and form of art in many fields and manifesting himself with his volcanic being and genuinely promoting Italian creative talent. Michele thanks to his background of studies of Pharmacy, Medicine and Genetics in Bologna University is an Executive Chef with an evocative vision that combines his inextinguishable studies, exploration, research, passion for genetics, physics and technology with creativity and love for tradition, colors and textures and the unavoidable coup for innovation, and excellence.